Some startling news: Nobody cares about Brazilian wax or lash tints anymore. At least, that’s what was revealed in a new report from Yelp released in honor of its 15th year anniversary.

Yelp 15 takes us back to the year 2004 to highlight the hottest trends in food, beauty, language, services, and more, and compares it to today’s trends. So those lash extensions you just did? Yelp says they’re sooooo yesterday—along with Brazilian waxes, which peaked in 2005 but steadily lost traction over the years, and Keratin treatments (although our royal fan-favorite and Keratin lover Meghan Markle would probably like to have a word).

According to the report, hydrafacials—a treatment that is performed using a device to cleanse and exfoliate, then using specific serums to “hydrate” the skin—are all the rage right now. And with everyone on the journey to “moist skin,” Yelp 15’s report also revealed that dermaplaning and microneedling facials are the most popular beauty services of 2019. 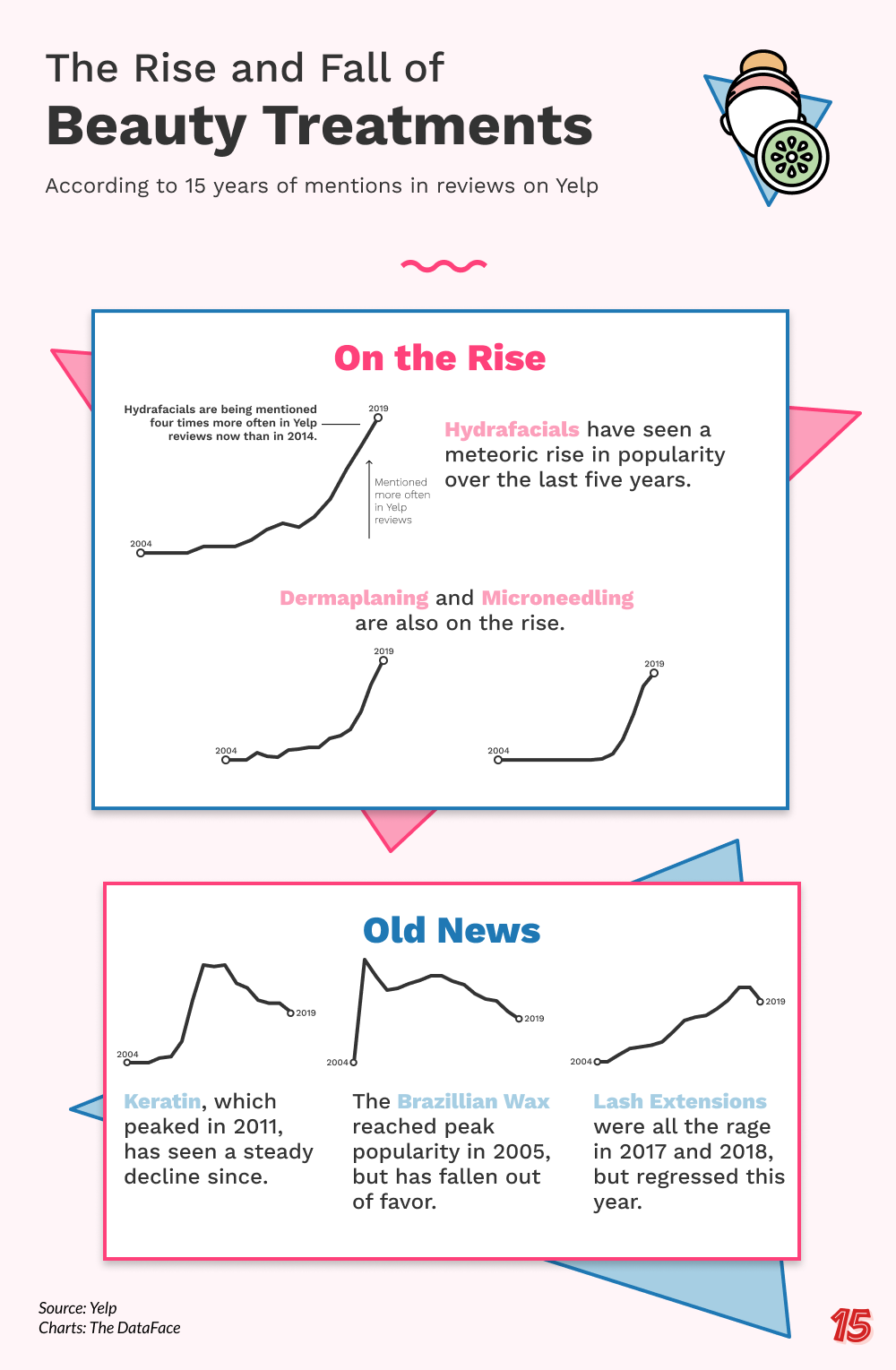 Tara Lewis, Yelp trend expert, believes these popular beauty services are gaining traction because more people care about the skin under the makeup and fake tans.

“At Yelp, we’re seeing that people are going for beauty treatments that are reflective of a more natural look—ditching the fake tans and permanent makeup,” she said, “and opting for treatments like dermaplaning and microneedling that improve the texture and appearance of skin, so they can let their glowy complexion steal the show.”

Below, check out Yelp’s list of popular beauty trends over the years.

« The Laser that Erases Summertime Sins

The Return of the CO2: Why These Next-Level Lasers are a Perfect Procedure for Fall »